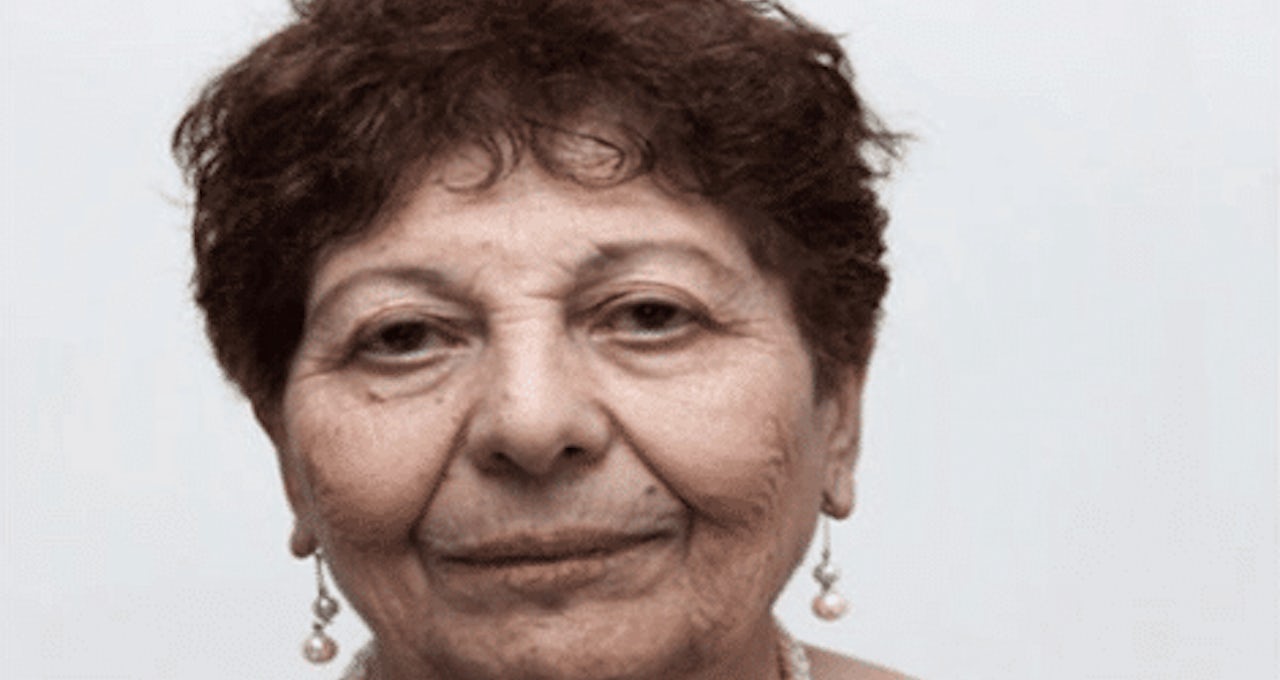 Artemis Miron was born in Ionnina, Greece in 1928, the elder of two children. Artemis’ father was a merchant who worked for his family’s business while Artemis’ mother stayed home and took care of the children. The family lived happily in Ioannina, a small city in northwestern Greece where Jews had lived for more than two thousand years. According to Artemis’s testimony, Jews and non-Jews lived together in relative peace for hundreds of years. While there was some antisemitism in Ioannina, it was not as rampant as in the rest of western Europe at that time.

When the Germans arrived in 1943, Artemis’ father was killed before her family was arrested and sent to Auschwitz-Birkenau. Artemis recalled that shortly after the German invasion of Greece, the Ioannina synagogue was totally destroyed but the mayor of the city salvaged key Jewish items and hid them. Today, the rebuilt synagogue in Ioannina contains the original contents that were rescued by the mayor along with plaques commemorating the members of the community who died during the Holocaust.

“When we got off the train, my mother held my brother and me. In her arms, both arms, so that we would not be separated. My mother put her fur coat on my shoulders to keep me warm. A German officer hit me with a truncheon and forcibly separated me from my mother.”

Artemis arrived in Auschwitz, on April 11, 1943. Almost immediately, her mother, brother, grandmother, and most of her extended family were murdered in one of the gas chambers. Artemis was only fifteen, but because she was wearing a fur coat, the Nazis thought that she was older and thus took her into the camp as a slave laborer. There, Artemis had an extremely difficult time adjusting to the life in the camp as she was shunned by other Jews because she could not speak Yiddish or Ladino. The other inmates didn’t recognize Artemis as Jewish because she only spoke Greek. Thankfully, Jews in the camp began to eventually accept the Jews of Ioannina as fellow Jews, and the Greek Jews learned some Yiddish to survive.

In January 1945, Artemis was evacuated from Auschwitz and forced on a death march to Ravensbrück, and later to the Malchow concentration camp in Germany, where she was forced to work at a military factory. In the beginning of May in 1945, Allied troops marched on Germany and liberated Malchow. After the war’s end, Artemis returned to Greece.

When Artemis arrived back in Athens after the war, she learned that her father had been murdered by the Nazis in Ioannina shortly before her deportation to Auschwitz. As a result, Artemis’s uncle took her in which allowed her to complete high school.

In 1946, Artemis left Greece for Palestine, then under British Mandate, and went to live with another uncle in Jerusalem.

Artemis is one of the last survivors of the historic Ioannina Jewish community: of the approximately 2,000 who lived in Ioannina in 1943, only 200 returned after the Holocaust.