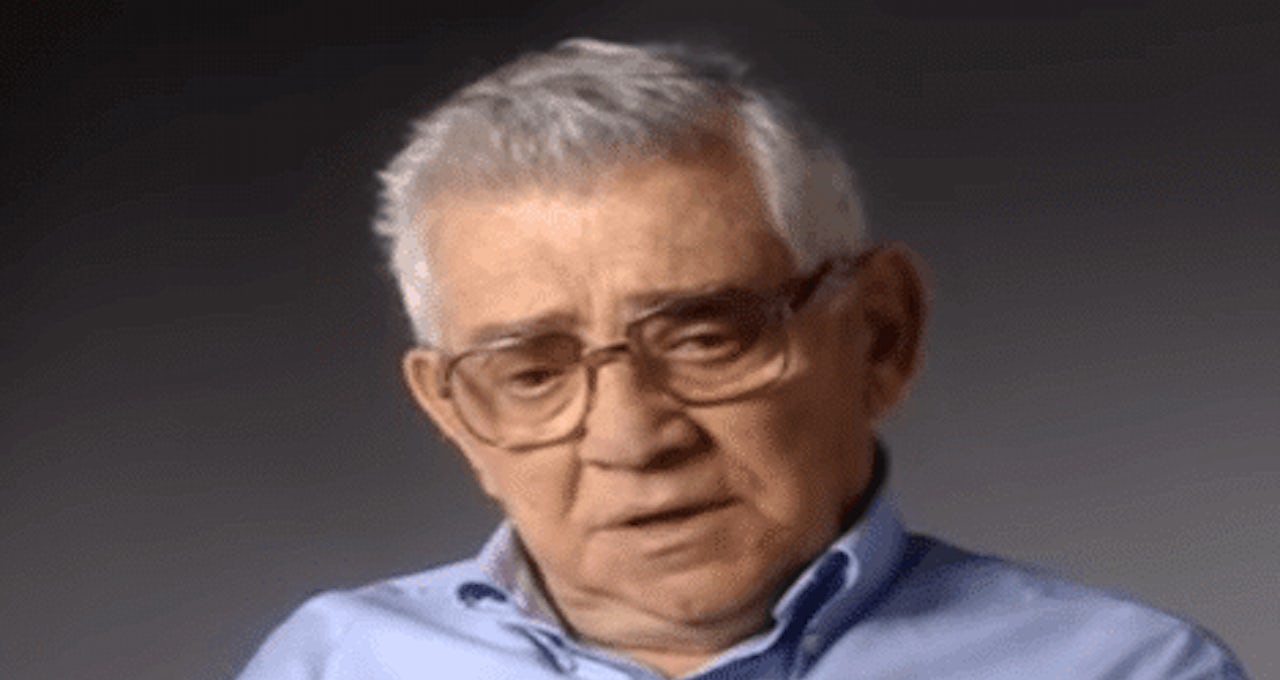 Eliahu Rosenberg was born in Warsaw in 1924. In 1940, after the death of his father at the hands of the Nazis, the rest of the family was forced into the Warsaw Ghetto until 1942 when they received notice that they would be transported from Warsaw to the Malkinia railway station in northeastern Poland.

In September 1942, the family, together with over 6,000 Jews, was loaded onto a train for an eleven-hour journey to Treblinka. Rosenberg later speculated that the Nazis had chosen a longer route to fool the Jewish deportees.

Upon arrival at Treblinka, Rosenberg only had the time to say a single sentence to his mother before they were separated. He told her to write to a Pole named Kowalski in Warsaw who would be the courier of messages and that way no matter what happened each would know the fate of the other one. His mother and sister perished in the camp soon afterwards.

“The gas in the chambers was not Zyklon B as in Birkenau, but came from a Russian Engine, the engine of a Russian Tank. It poisoned, choked people in 25 minutes. All of them would suffocate. It was terrible to hear the screaming.”

After saying goodbye to his mother, he was placed in a work unit that sorted parcels. On his second day of work, an SS officer told a group of the prisoners that they would be doing “light work for ten minutes.” The officer then took them them to a gate camouflaged with pine branches.

As they approached the gate, the prisoners were suddenly thrown into a state of shock. In front of them lay endless piles of corpses. At first, they couldn’t comprehend what was about to happen.

German and Ukrainian guards began to hit the Jewish workers, when a group of Jews already working in the death camp instructed Rosenberg to put the corpses onto stretchers. They were then forced to carry the corpses to mass graves 150 meters away where they were told to dump the bodies.

As it was Rosenberg’s job to dispose of the bodies, he witnessed every aspect of the extermination process. Later, he was a key witness testifying at the 1961 trial of Adolf Eichmann in Jerusalem, Israel.

Rosenberg managed a daring escape during a camp revolt on August 2, 1943. Today, it is estimated that between 870,00 and 925,00 Jews were murdered at Treblinka.