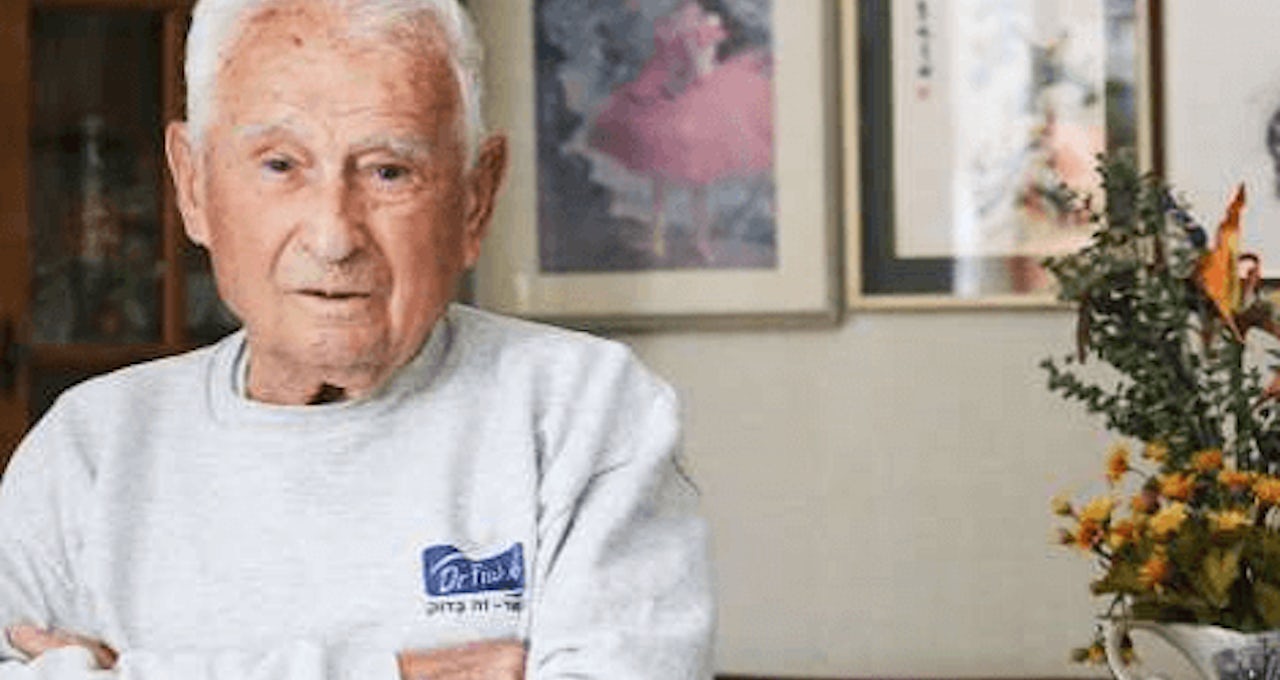 In 1920, Eliezer Eizenschmidt was born the oldest of three children in Lunna, Belarus. In June 1941, the Germans occupied Luna and by November of 1942, they began to transfer the Jews from the ghetto to the Kielbasin concentration camp. A month later, the family was deported to Auschwitz where everyone was murdered except for Eliezer.

Auschwitz was a network of concentration and extermination camps constructed and operated by Nazi Germany in occupied Poland during World War II. An estimated 1.3 million people were sent to the camp, of whom at least 1.1 million were exterminated. Around 90 percent of those murdered were Jews; approximately one in six Jews killed in the Holocaust died at Auschwitz. In Auschwitz, Eliezer was assigned to a Sonderkommando group, where he worked removing corpses from the gas chambers and transferring them to cremation pits.

“When they came to me and told me they wanted to rebel, I said ‘I’m with you 100%.’ Four girls who worked in the factory brought explosives. My job was to make hand grenades. The rebels succeeded in burning down Crematorium No. 3. but 451 Jewish prisoners were killed. At least we did something.”

While working as an electrician in a crematorium, Eliezer and other Sonderkommandos created hand grenades that would later be used in a prisoner revolt. In October 1944, a group of workers – not including Eliezer – rebelled. All of the rebels were killed. Despite a harsh interrogation, he remained silent.

In January 1945, as the Soviets approached Auschwitz, Eliezer was sent on a death march towards Germany. Miraculously, he escaped from the convoy before it managed to leave Polish territory but was shot in the leg and injured. To evade capture, Eliezer covered the blood trail of his wound with snow and hid in open fields. He only survived thanks the help of a Polish couple, Teodor and Franciszka Tendera, who offered him shelter and hid him until liberation.

After liberation, Eliezer married a Holocaust survivor from Poland and immigrated to Israel.