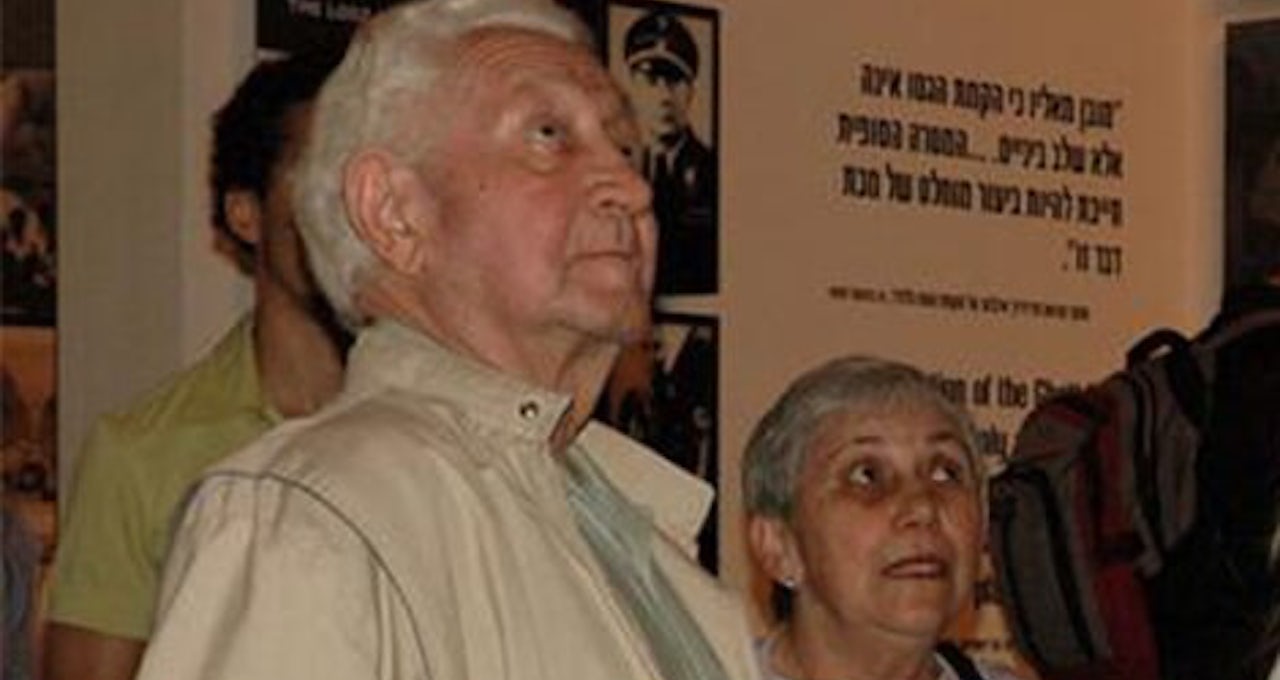 Shimon Srebrnik was born in 1930 in Lodz, Poland. He was nine years old when on September 1, 1939 the Germans invaded his country and World War II began.

Shimon and his family were forced into the Lodz ghetto, where, at the age of 13, he saw his father murdered. At its peak the Lodz Ghetto was home to more than 68,000 Jews, but, by war’s end, only 10,000 would remain alive.

In 1943, the Nazis deported Srebnik from the Lodz Ghetto to the Chelmno Extermination Camp along with his mother. Shortly after their arrival to Chelmno, Srebrnik’s mother was killed in a gas van, one of the early systems used for the mass-murder of Jews before the establishment of gas chambers which enabled the Nazis to kill over 100 hundred people at once.

“The exhaust gas from the engine entered the van from a gridiron on the floor. Each van held 80 people. There was a larger van which held 100 people. The distance between Chelmno and the forest was 4 kilometers. During the ride, gas entered the van. When the doors opened could see everyone was injured. Everyone wanted to survive, wanted to live. So they scratched each-other.”

The Nazis chose Shimon to join a Jewish work-detail tasked with incinerating the bodies of victims in open-air crematoriums. He was given the name  Spinnefix” (quick spider) by the Germans for his ability to swiftly remove the ashes and crushed bones of prisoners.

Two days before the liberation of Chelmno by the Red Army in 1945, Shimon Srebnik escaped. In his attempt to flee, he was shot in the back of his head and seriously wounded, but managed to find refuge with a Polish farmer. The Germans offered a large cash reward to anyone who would turn Srebnik in, but the Poles, who already feared the approaching Russians more than the Germans, did not betray him.

Srebnik emigrated to the Mandatory Palestine in 1945 and lived on a kibbutz. He then served in the Israeli Defense Forces, eventually taking part in four wars.

He and two other survivors of Chełmno testified at the trial of Adolf Eichmann in Jerusalem (session 66-68) in 1961. He had previously been a witness at the trial of Chelmno camp personnel in Poland in 1945, and he testified in the Chelmno Guard Trials conducted in Germany from 1962–1965. He would go on to be one of the principle interviewees in French Filmmaker Claude Lanzemann’s award-winning documentary Shoah, produced in 1985. 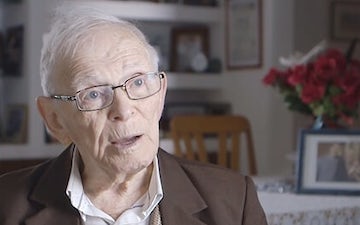