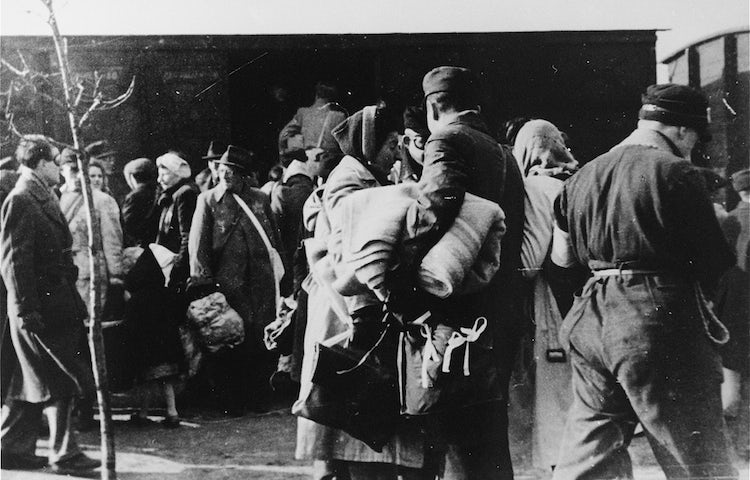 The deportation of Jews from Westerbork. Members of the Ordedienst (Jewish police) are visible in the foreground. Photo credit: United States Holocaust Memorial Museum, courtesy of Trudi Gidan

The camp at Westerbork in the Netherlands is best known for its role as a transit camp in the Final Solution from 1942. It was the point of origin for thousands of Dutch Jews arriving at death camps between 1942 and 1944.

Westerbork was initially established by the Dutch government as a camp for refugees from Nazi Germany in 1939. From July 1942 onwards, the camp operated as an SS transit camp (Durchgangslager). The first transports, with 2030 Jews on board, left Westerbork for Auschwitz on 15-16 July 1942. They arrived on 17 July. The Auschwitz Chronicle records that 449 deportees were killed on arrival.

From October 1942, the camp was commanded by SS-Obersturmführer Albert Konrad Gemmeker. He established a routine, with deportations every Tuesday. 103 transports left Westerbork between July 1942 and September 1944, with 97,776 deportees accounted for. Transports were sent to Auschwitz, Sobibor, Terezín/Theresienstadt and Bergen-Belsen. On 19 May 1944, 245 Sinti and Roma were also deported to Auschwitz from Westerbork.

Westerbork was the initial destination of Anne Frank and the inhabitants of the “Secret Annexe” at 123 Prinsengracht. They were held at Westerbork until they were deported to Auschwitz on 3 September. All the occupants of Prinsengracht except Otto Frank were killed at various camps in the next six months: Anne and her sister Margot both died of typhus at Bergen-Belsen in March 1945. 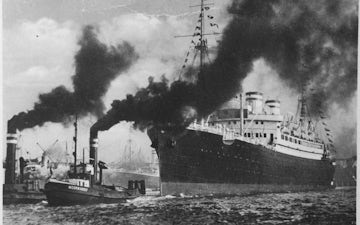 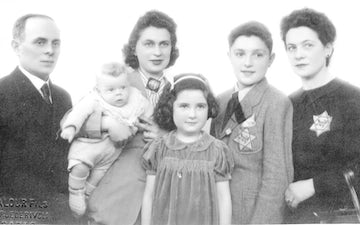 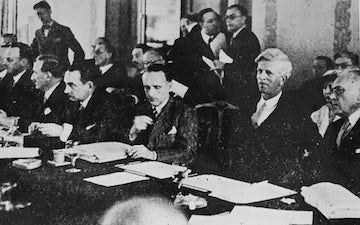