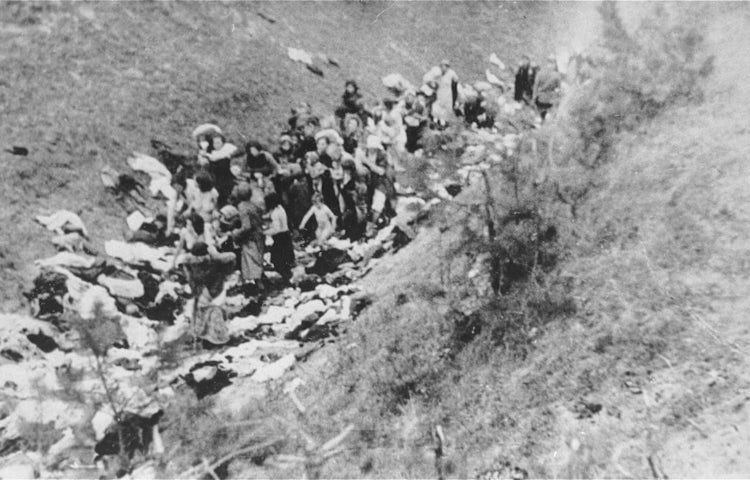 The Einsatzgruppen (Special Action Groups) were SS and police units tasked to trail the Wehrmacht into the Soviet Union in June 1941. In the following three years, they killed more than 2 million Jews: around 40% of those killed during the Holocaust.

The Einsatzgruppen kept records of their killings in Lithuania, Latvia, Estonia, Belarus, Moldova, Romania and Ukraine. In September 1941, Einsatzgruppe C carried out the massacre of 33, 771 Jews at the ravine of Babi Yar outside K’yiv in present-day Ukraine.

Members of the Einsatzgruppen were drawn from the SS, Waffen SS (SS military formations) and other organisations from the Police and Security apparatus. Letters and photographs from members of these units are an important source of knowledge about the Holocaust. The Einsatzgruppen also made extensive use of local collaborators to identify, round up and kill Jews.

Babi Yar: a ravine northwest of K’yiv which was the scene of the massacre of 33,771 Jews by Einsatzgruppe C on September 29-30, 1941. The pretext for the massacre was two explosions which destroyed the German headquarters and the city center. In 1961, the Soviet poet Yevgeny Yevtushenko accompanied, Anatoly Kuznetsov, an eyewitness to the massacre, to the site: the resulting poem inspired composer Dmitri Shostakovich to write his 13th Symphony. 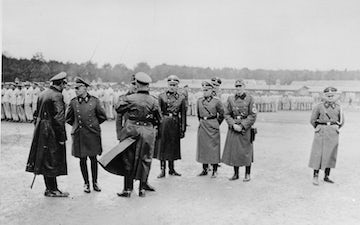 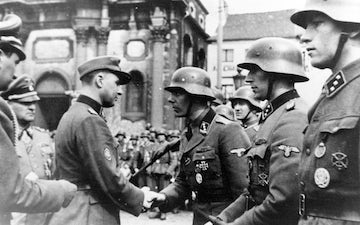 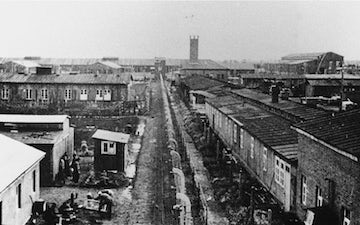