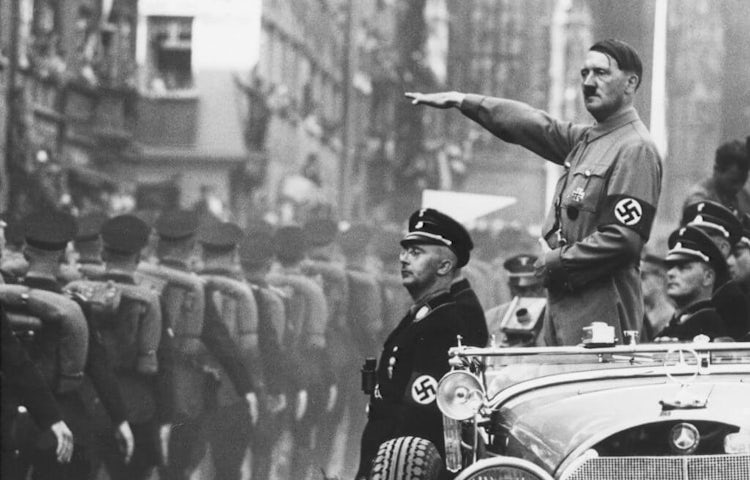 Adolf Hitler was the leader (Führer), or unchallenged dictator, of Germany from 1933, when he came to power, until April 30, 1945, when he committed suicide in his bunker in Berlin.

Born in Austria in 1889, he was initially unsuccessful in life, becoming a semi-vagrant in pre-WW1 Vienna. He fled Austria in 1913 and served in the German army during World War I. He became the leader of the German right-wing extremist National Socialist German Workers Party (known as the Nazi Party) in the early 1920s.

A charismatic speaker, Hitler espoused radical nationalism and virulently anti-Semitic views, based largely on the false concept that Jews were responsible for Germany’s defeat in World War I, and that Germany’s greatness would be restored by the elimination of Jews and other inferior races as well as political opponents of Nazism and other undesirable elements from society. Hitler’s basic ideology was set out in his book, Mein Kampf (My Struggle), published in 1925-26, which he began writing while in prison following the failed Beer Hall Putsch in November 1923.