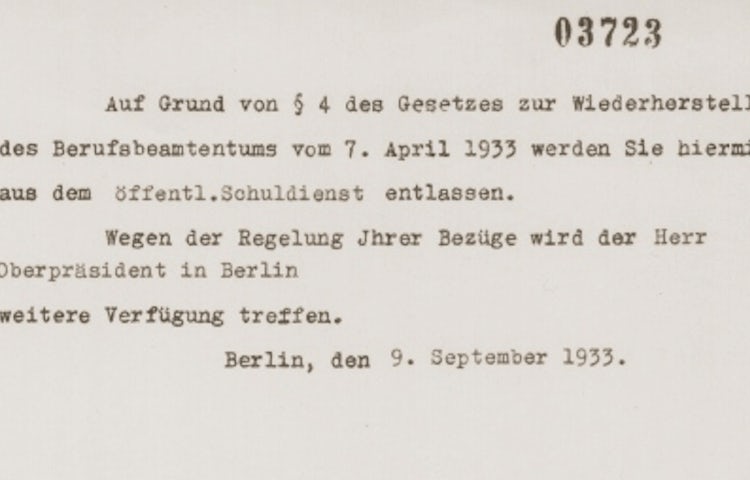 Law for Restoration of Civil Service in Germany excluded Jews from many professions (April 7, 1933). Photo Credit: US Holocaust Memorial Museum

The Nazis’ persecution of Jews began in April 1933 with the “Law for Restoration of the Professional Civil Service” that deemed “politically unreliable” employees unfit to serve. This later developed into both state and federal laws that excluded Jews and other non-Aryans from certain professions, organizations, academic institutions, and areas of social life and the arts, including performing on stage or on screen. The Nuremberg Laws, legally prohibiting social and personal contact between Jews and non-Jews, were a particularly important part of this process.

Professional and other organisations also passed anti-Jewish measures ahead of laws requiring them to do so, a process known as cumulative radicalisation.