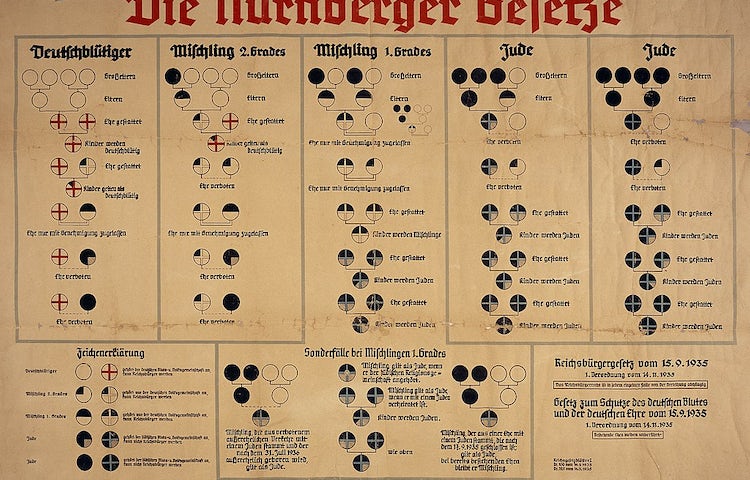 The Nuremberg Laws is the name given to two laws enacted in Nazi Germany in September of 1935, the the Law for the Protection of German Blood and German Honor and the Reich Citizenship Law.

The Law for the Protection of German Blood and German Honor banned marriage between Jews and non-Jewish Germans, criminalized sexual relations between them, and prohibited Jews from employing German women under the age of 45 as maids.

The Reich Citizenship Law was intended to define who the first law applied to. Only individuals of “German or kindred blood” could be citizens of Germany, and Jews, defined as a race, were deprived of German citizenship and relegated to the status of “subjects of the state.” This law defined a Jew as anyone with three or more Jewish-born grandparents, including converts to Christianity and children and grandchildren of such converts.

The Nuremberg Laws affected the daily lives of all Jews in Germany at the most basic and intimate of levels. They also prompted a fresh wave of spontaneous bans on Jewish participation in German life, known as cumulative radicalisation. 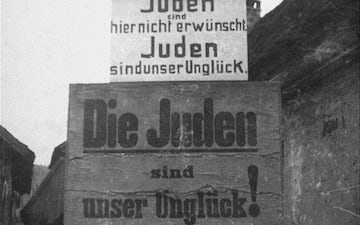